The third book in the Okatibbee Creek series

As the War of 1812 approached, the Creek Indian Nation was in the middle of a civil war. They fought brutally between themselves, as well as with the white settlers who were encroaching upon tribal land.

It was during this time Elly’s family moved to the eastern Mississippi Territory for the promise of low-cost land and fertile soil. She had no idea they were moving into Creek territory – into the middle of a hornet’s nest. Tafv’s band of warriors taunted them, stealing their property, killing their animals. Just when the family thought things couldn’t get any worse, during one of the Indian raids as Elly’s husband chased the Indians away from the farm, Tafv’s young son was killed in the pursuit. Tafv vowed revenge against Elly’s family, and a final showdown was imminent.

“Elly Hays” is based on the real-life story of Elizabeth Hays Rodgers and is the epic clash between a fearless warrior with nothing to lose and a young mother on the verge of losing everything. 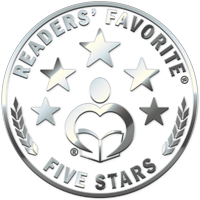 5 Stars! Elly Hays by Lori Crane is a rare gem because it’s a fictionalized story based on a real family that lived during the 1800s. What makes it so unique is the way Ms. Crane portrayed the Indians in this story. Instead of portraying them as savages, she allows us to glimpse them as real people with real feelings, who grieve over losses just as the white man did. Tafv was a brave warrior, but more than that he was a caring individual that felt hurt and grieved deeply for those he lost. She provides insight into the plight that the Native Americans must have felt during this time period as they desperately tried to figure out a way to hold onto their way of life. Unfortunately, the Rodgers family found themselves in the middle of this struggle. Smoothly written, the chapters easily transition between Elly and her family and the issues with Tafv and his clan. Ms. Crane really did her research because she provides rich detail that truly allows the reader to feel as if they are part of the time she is describing. A historically rich tale where there are really no bad guys. ~Brenda Casto for Readers’ Favorite

Lori Crane books are available at: